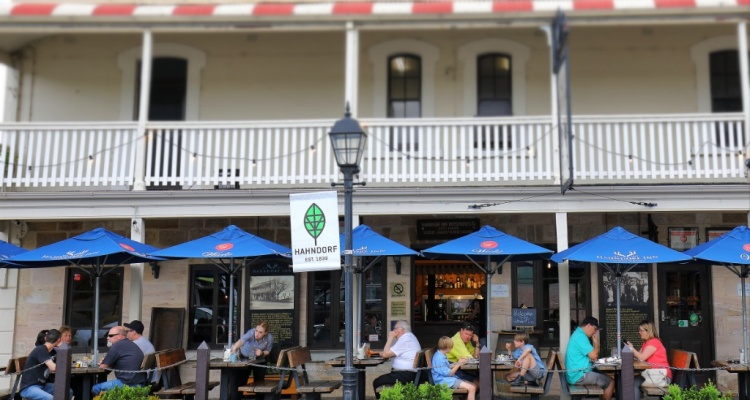 During my last trip to South Australia, I “stumbled” on a little piece of gem. Due to inclement weather, my travel mate and I chose to explore Hahndorf instead of the Pink Lake, as the dark overcast skies were threatening to open up. What we lost in our aborted plan, we gained by the visit to this little charming village that is Australia’s oldest surviving German settlement which celebrated its 179 years as this year.

Hahndorf is a small town in the Adelaide Hills region of South Australia. With tourism gaining importance, it has previously been a centre for farming and services. It is accessible from Adelaide within an easy 30min drive, via the South Eastern Freeway. The town was settled by Lutheran migrants largely from in and around a small village then named Kay in Prussia and now known as Kije, Lubusz Voivodeship in Poland. Many of the settlers arrived aboard the Zebra on 28 December 1838. 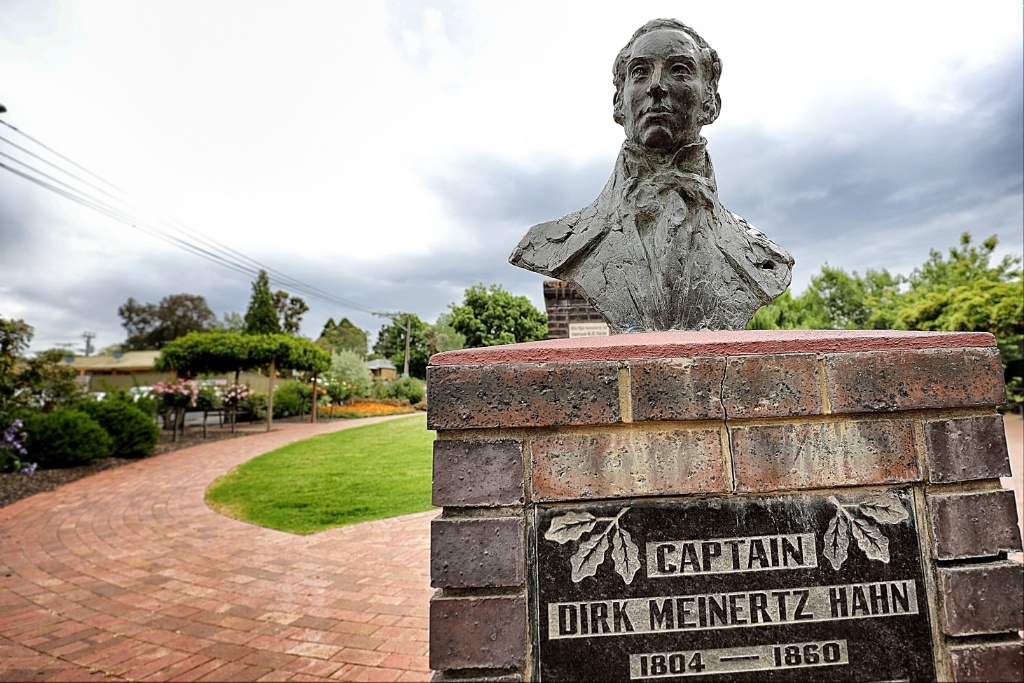 The town is named after Dirk Meinerts Hahn, the Danish captain of the Zebra. You can see this bust at the Pioneer Memorial Garden, just opposite The German Arms hotel. 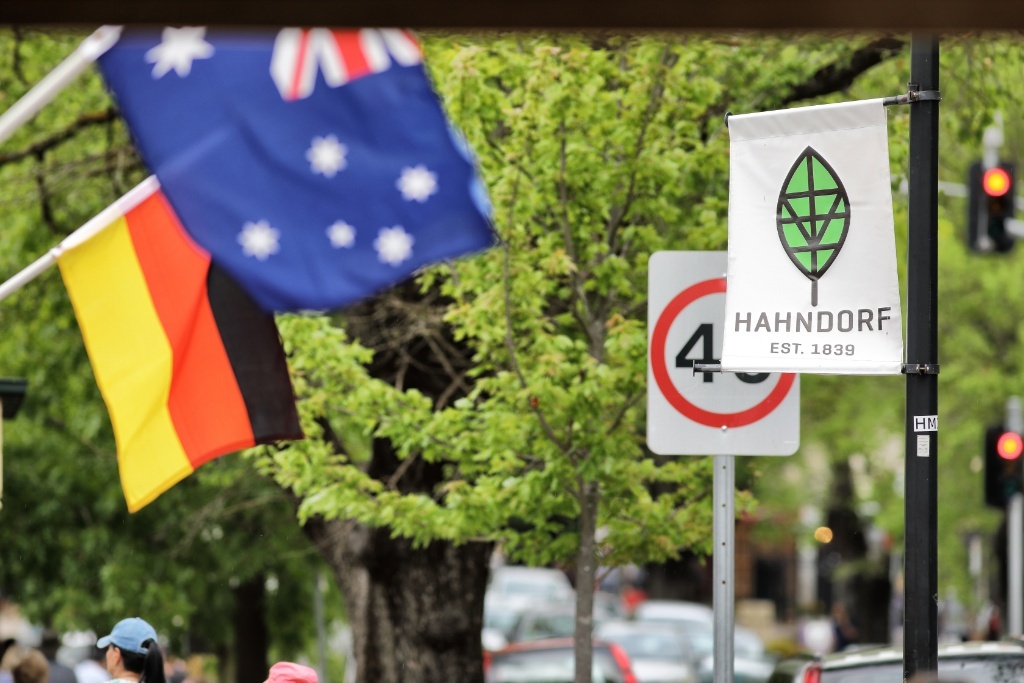 Everywhere, you can see Germany flags displayed beside Australia flags as a sign of friendship. 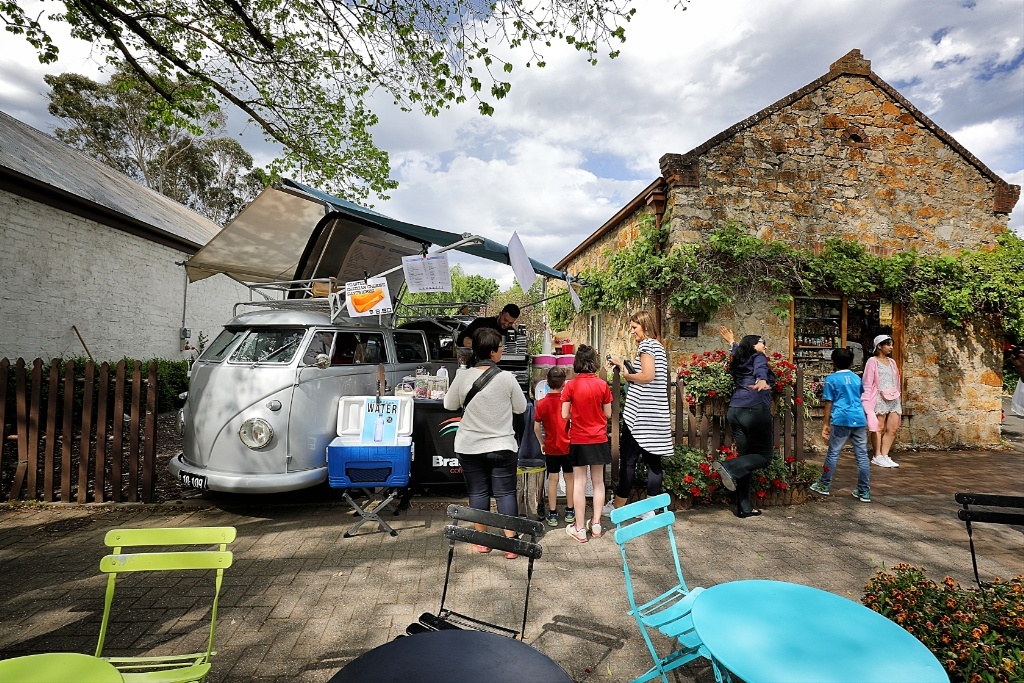 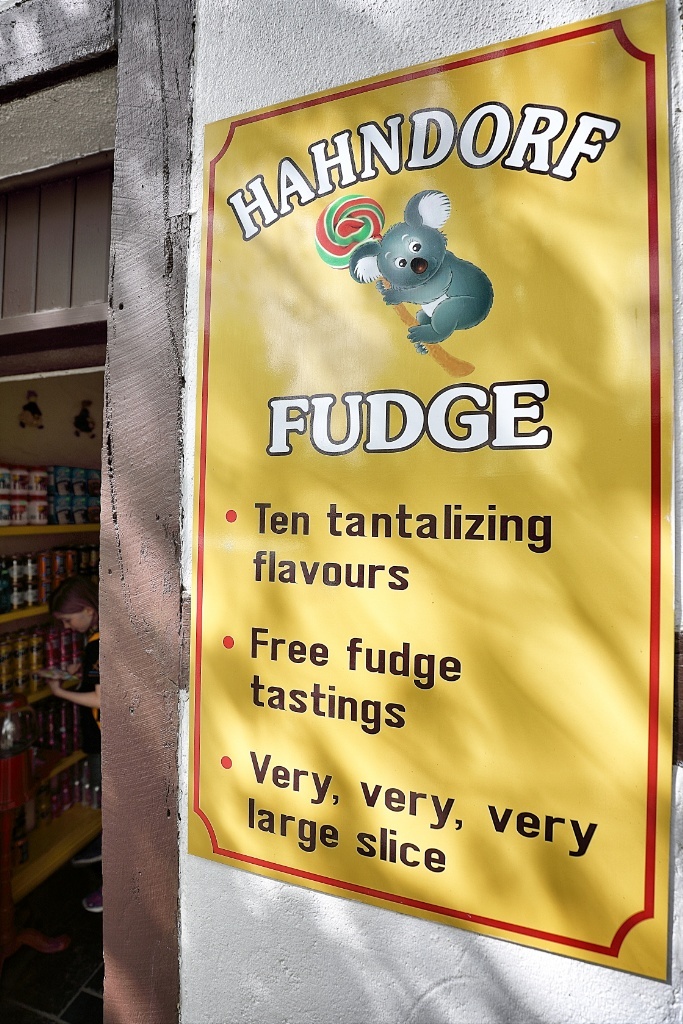 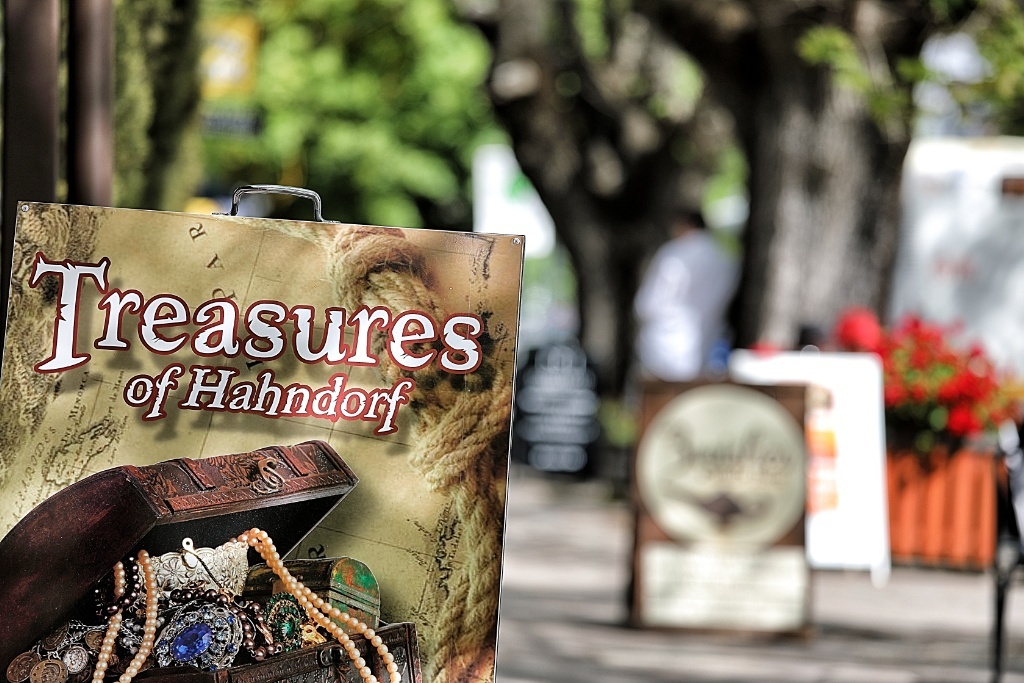 “Treasures of Hahndorf? Why not go into the shop to explore further ? One of many catchy signages tempting visitors. 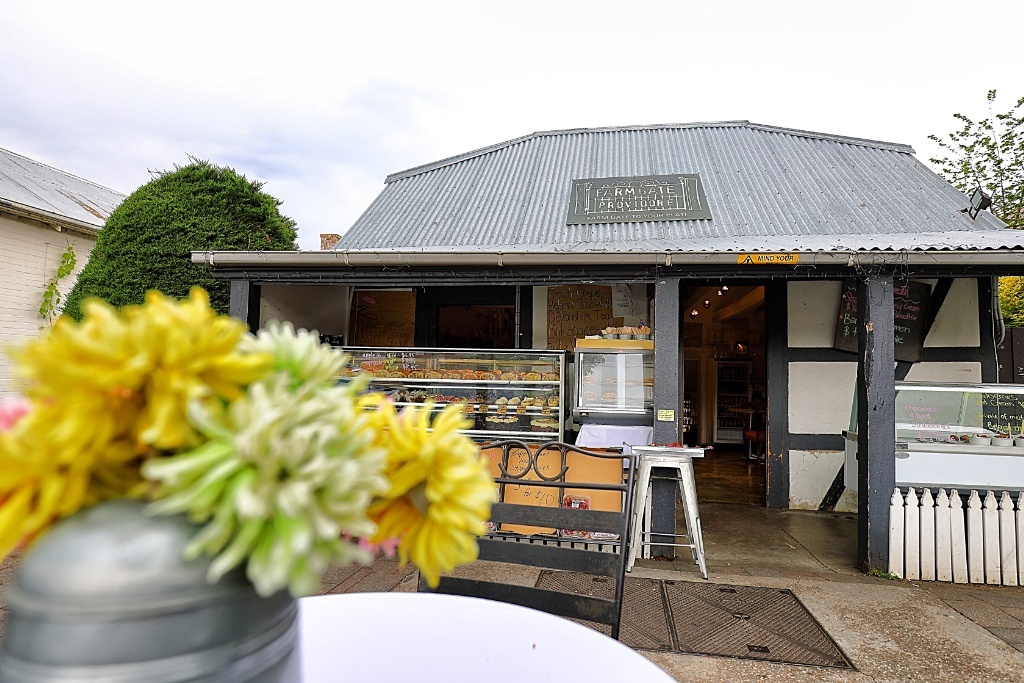 A cosy cafe selling a delectable range of desserts like the macaroon and freshly baked apple pies with home-made vanilla ice cream. This cafe does not catchy signboard as the attractive desserts are enough to make us part with our money. 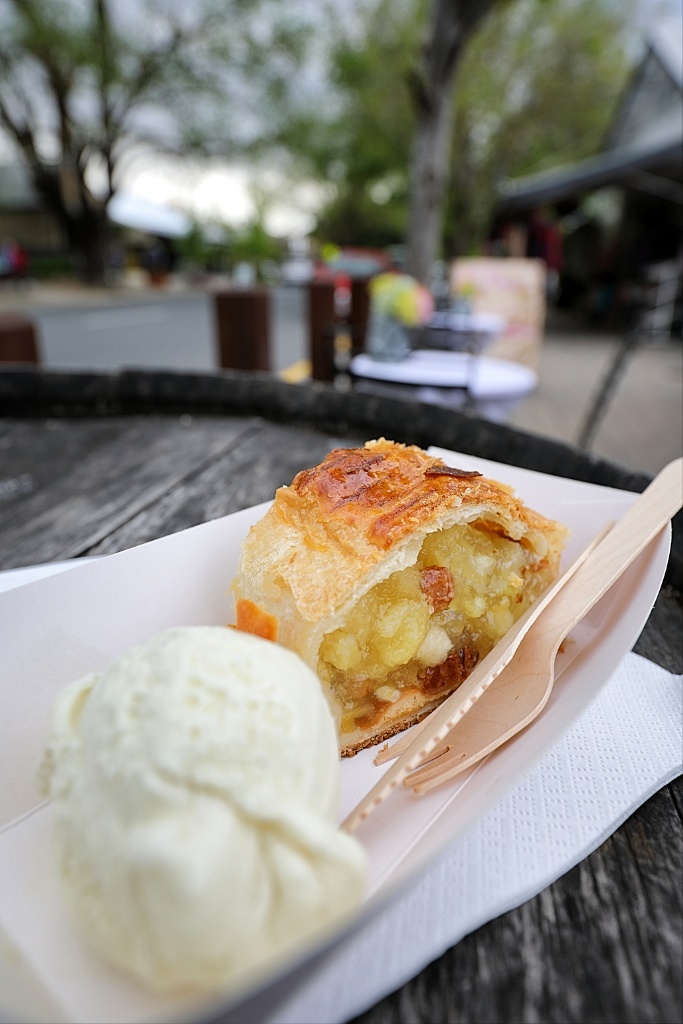 We had the delicious Apple Pie with Vanilla Ice Cream. Perfect German recipe, like a homecooked meal. 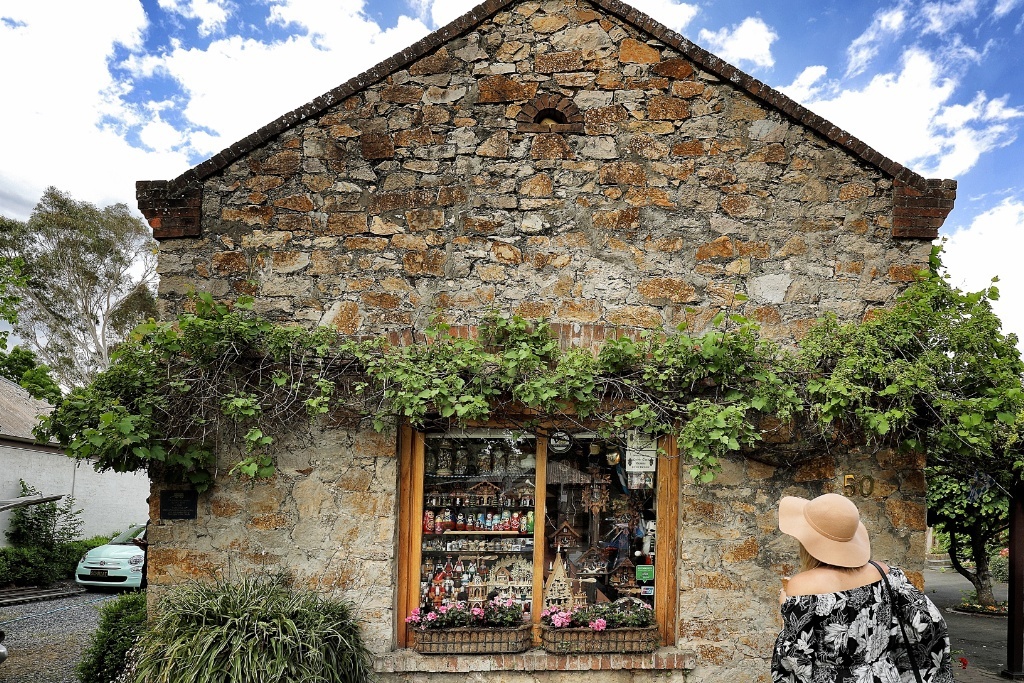 German influence is apparent in Hahndorf and is seen in the traditional fachwerk architecture of the original surviving buildings. There are also many restaurants and shops in the town serving German cuisine. Due to the First World War in Europe, in 1917 the South Australian Government changed many German place names. The name Hahndorf was changed to Ambleside after the nearby Ambleside railway station. Hahndorf was re-instated as the town’s name with the enactment of the South Australia Nomenclature Act of 1935 on 12 December 1935. There are still references to the name Ambleside in and around the town today. 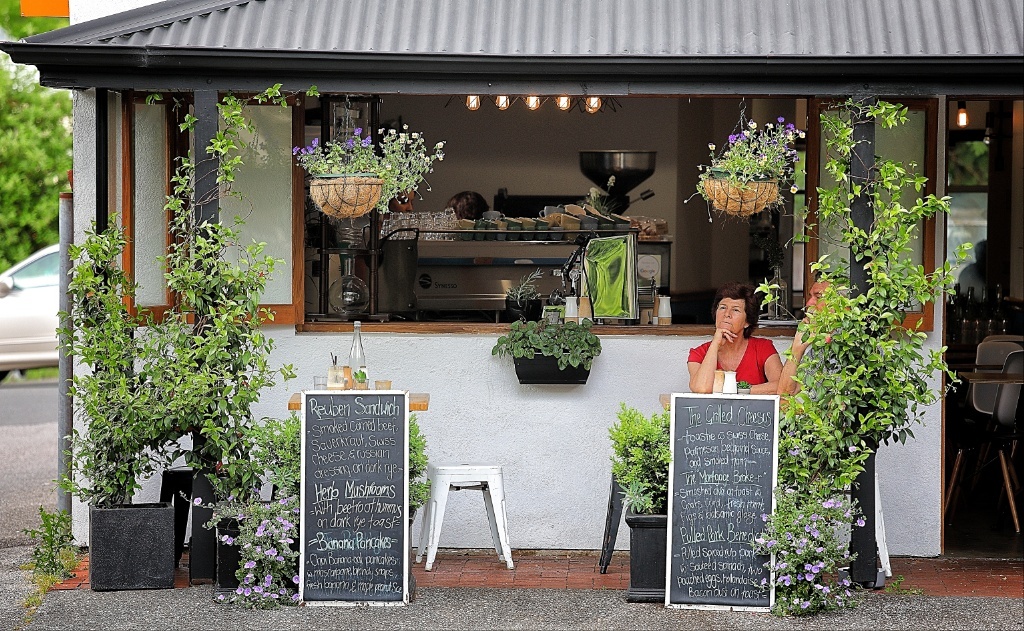 Nice cosy cafe at the village, felt being teleported to Germany. Achtung! 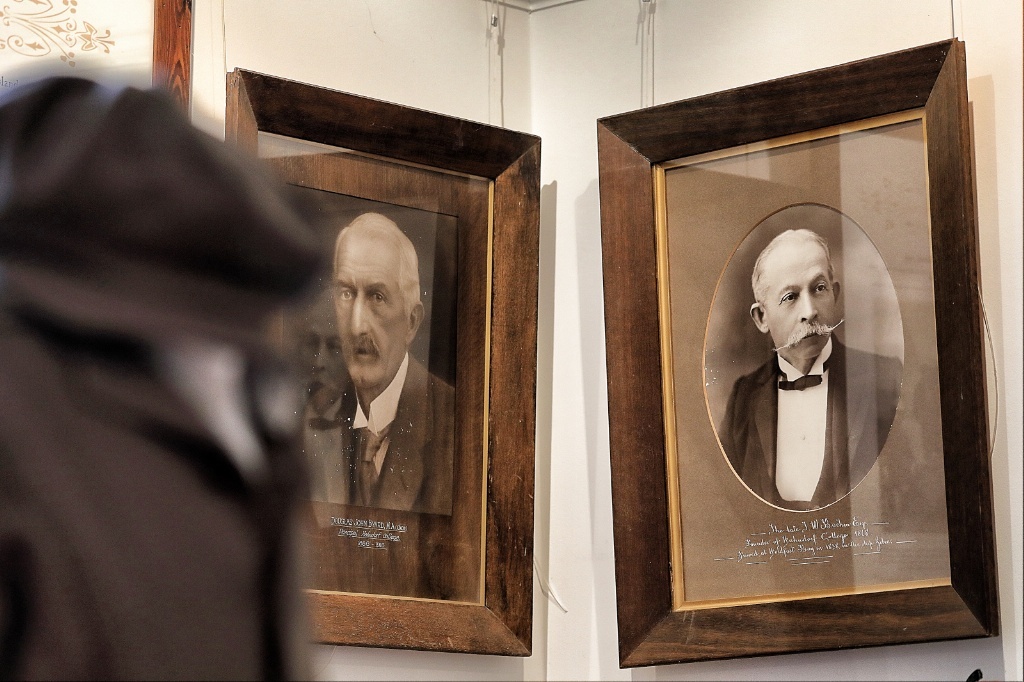 The German migration museum tells stories of the lives of Hahndorf’s pioneering families and showcases artefacts relating to religion and education. Their religion underpinned their activities and education was a prime focus. Hahndorf was settled in early 1839 by immigrants from Prussia who came seeking religious freedom and a better life. Their countryside was impoverished by frequent wars. They were granted land in the Adelaide Hills and were soon growing enough produce not only for their own families but to supplement the needs of Adelaide. 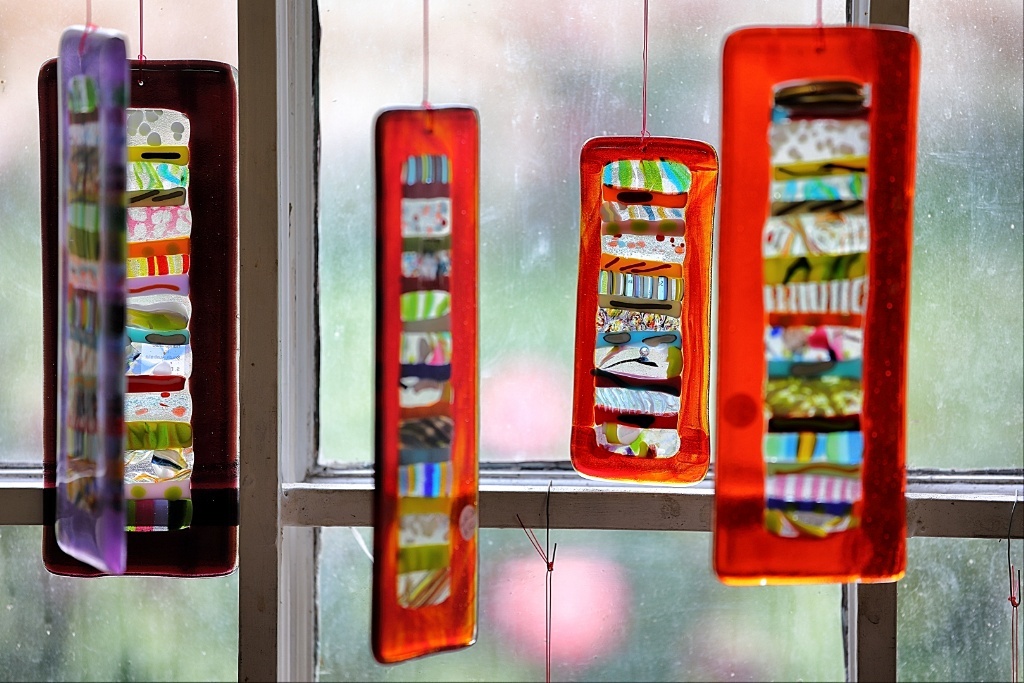 Some beautifully -made German Art and Crafts you can buy home. 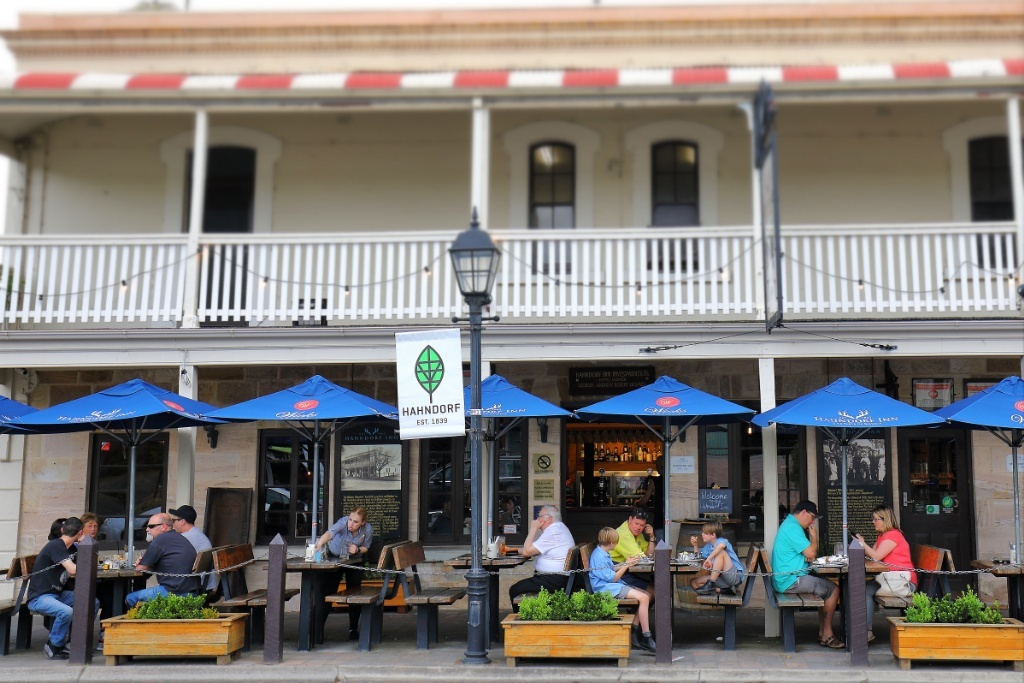 a) Pay a visit the former home, studio and garden of one of Australia’s most famous artists, Sir Hans Heysen – The Cedars.

b) Pick your own strawberries at Beerenberg Farm from November to April and buy home their incredible range of jams, sauces, relishes and condiments year-round at the Farm Shop.

c) For those with children, a visit to the Hahndorf Farm Barn for a fun combination of a children’s farmyard and nature wildlife park.

d) Visit a number of excellent wineries with minutes of Hahndorf including Hahndorf Hill and The Lane. At nearby Verdun, you will find Sidewood at Maximilian’s, while Nepenthe and Shaw + Smith are just down the road in Balhannah.

e) Enjoy a craft beer – in addition to Gulf Brewery in the main street, you’ll find Prancing Pony five minutes up the road in Totness.

Thanks for reading the article. For visitors keen on self-drive vacation in South Australia, please do visit my self-drive adventure in Kangaroo Island. Or perhaps swim with tuna in Victor Harbour.

Footnote: All pictures used in this travelogue are copyrighted to Jensen Chua Photography and Jetabout Holidays and all rights reserved. The opinion expressed is factual, objective and that of the author.